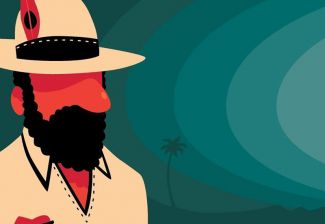 Guts is a man of the shadows. There is no need for him to seek light at all costs, his CV is his best business card. We find his touch behind many artists, but it is well for having shaped the funky sound of Alliance Ethnik that he is best known. Pushing back his perpetual musical exploration to go towards Electro-Funk, Afro-Disco, Space Jazz, Guts did not refrain from composing "Eternal", an album released in 2016.

2017 is the year of his EP "Stop The Violence" but also of "Beach Diggin' 5" which will close a series of compilations.

With his new album "Philanthropic", Guts, accompanied by his new live band Les Akaras de Scoville, makes a new turn and takes us towards an artistic  Afro Tropical journey. The result: more vibes, soul, groove, audacity and madness! We travel to Brazil, the Caribbean and Africa. We lose our sense of orientation in an Afro trance, between the bass and the percussions.

DJs Gimbir and La Brise will play their best dancing hits to warm up and finish off this beautiful evening. 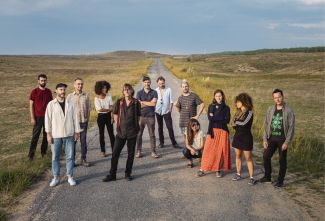 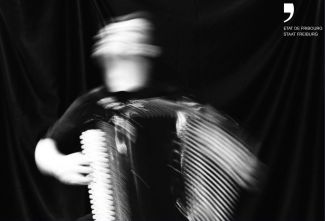